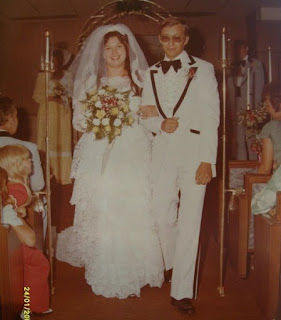 My sweetheart and I were married on August 14, 1978, and we desired to have children as soon as the Lord would give them to us.

By November 8th, I was calling my gynecologist for information on a pregnancy test.  That was back in the day before you could purchase a self-test kit from your local drug store.  Never having had a pregnancy test before, the instructions given to me were to provide them with a sample of my morning urine.  The next day I carried my brown paper bag with a urine filled container into the doctor’s office for testing.  Then I waited for the results.  Strangely enough, I had heard a loud roar of laughter just after my sample was received by the nearby lab personnel.  I quickly reasoned that the full quart-size mason jar was a little more than what was needed for a pregnancy test!  I would have laughed with them, but I really wasn’t feeling well.  My husband had been on military sick-call for a few days and had already been admitted to the base hospital for further testing.  I was beginning to wonder if I was coming down with whatever he had.  A little later, and with a little more laughter, the official results were given to me: I was indeed pregnant.  Then I asked, “Should I be concerned that I am spotting?”

It was the next day, and my husband was being discharged from the base hospital.  But, my friend had taken me to the local ER, and I was now being admitted to a different hospital. I was in the process of having a miscarriage.  It was November 10, 1978, the decade of Roe vs. Wade, and Americans were being desensitized in order for them to accept the agenda for a woman’s right to choose. The questions I asked were responded to with medical terminology that was emotionally cold, indifferent, and that dehumanized the life that had been within me.  “You had a spontaneous abortion. The fetus was between 6 – 8 weeks gestation.”  But my heart cried, “My baby died!” as a grief of emptiness began to consumed me.

This grief of emptiness…
…where there is no grave to stand beside, no tombstone to read, no pictures to reminisce over, and no memories to share: this is the grief of emptiness.  A grief of things that never happened but were hoped for, of things that might have been but never will be.  This grief was consuming me to a point of breaking.  Many times the only ones who understand the depth of this grief are those who have shared the same loss of an unborn child, a still birth, or the deep sorrow of a barren womb.  I didn’t need the encouragement of “You can try again.”   I was too devastated by the loss of this child.  I felt alone in my grief, after all, there hadn’t been time for any joyous announcement before my heart was forever broken for this child.  Even my husband was still trying to get his head around the thought of being a father when I was suddenly engulfed with a grief that he could not fathom.  Bewildered by the events that had so quickly come upon our lives, he was at a loss as to how he could comfort me.  He just wanted me to be alright.

The years passed, and the Lord gave us five healthy children to raise.  Then came the unbelievable  heartbreak of a grief I have never known: my 28 year old daughter suddenly and unexpectedly died.

I fell back onto the chair as I cried out in defiance… the room felt like a vacuum as my body struggled to breathe.  I tried to reason that there was no truth in the words I had just heard.  But this echo of despair was relentless, and I was forced to face a truth I couldn’t deny: my daughter was dead, and the rest of my earthly life would be lived without her.  Memories of my daughter spun in my mind and fear began to grip my heart.  Would I forget her laugh, her voice, her smile, her touch: I desperately tried to capture and seal my memories of her before they escaped me forever.

There are still days when my heart is in my throat and I struggle to swallow.  I look at the calendar, and it betrays my heart.  How can it be years when it still feels like yesterday?

This is an abyss of grief beyond all measure that still breaks me.

There is comfort in knowing the Lord.  His grace is sufficient.  But this does not mean our sorrow ends.  It means we are never alone in our sorrow.
To grieve is not to disbelieve; grief is the measure of love.
It is His grace that points us to another day.  My mother’s heart knows that every child I carried will be etched on my heart forever.  When I get to heaven, I will know the baby I never knew, this child will be standing beside their sister, Kimberly. 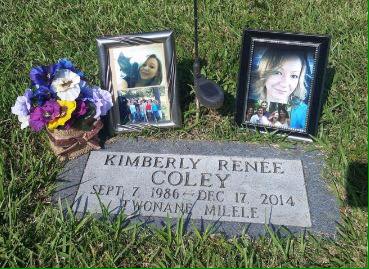 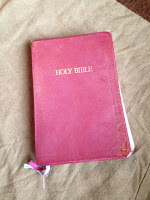 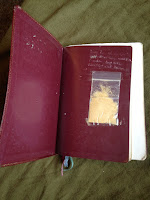 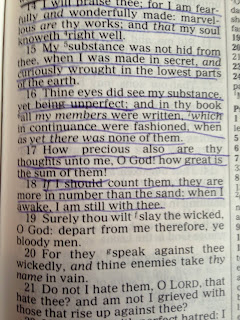 Previous
The Logue Family story
Next
My Darkest Day